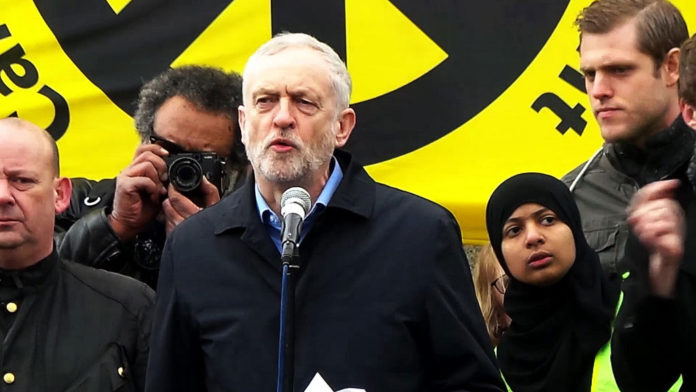 Usually when it comes to standing up for Women’s and Gay rights Jeremy Corbyn is first in line to be heard. He is often very convincing too. Nevertheless, is it time we saw it for what it is? nothing more than virtue signalling, in order to pander to his hard extreme left cronies.

There are some remarkable acts of bravery from women and gay people in Iran, and one Iranian woman wrote “death to the dictator” in red spray paint.  A crowd burned a picture of the country’s late supreme leader Ayatollah Khomeini. While many stood up to the strong Revolutionary Guard.

Dissent in Iran is not often tolerated, and it is a country where women are treated as second class citizens and gay men are routinely persecuted.

Around 21 people have died in the anti-government protests across Iran, and we are yet to hear a peep from Jeremy Corbyn. Why? These points below may explain it.

Nigel Farage on LBC had this to say: “…When you believe that Jeremy Corbyn is what we need for gay rights, for women’s rights, for giving us and making a fairer, better society and by the way when he puts those arguments across he looks very convincing, I’m sorry but his record for standing up and defending this hard-line Islamist regime is completely contrary to all of that.”

When will the hypocrisy from the extreme hard left stop? Are they a slave to their ideology?