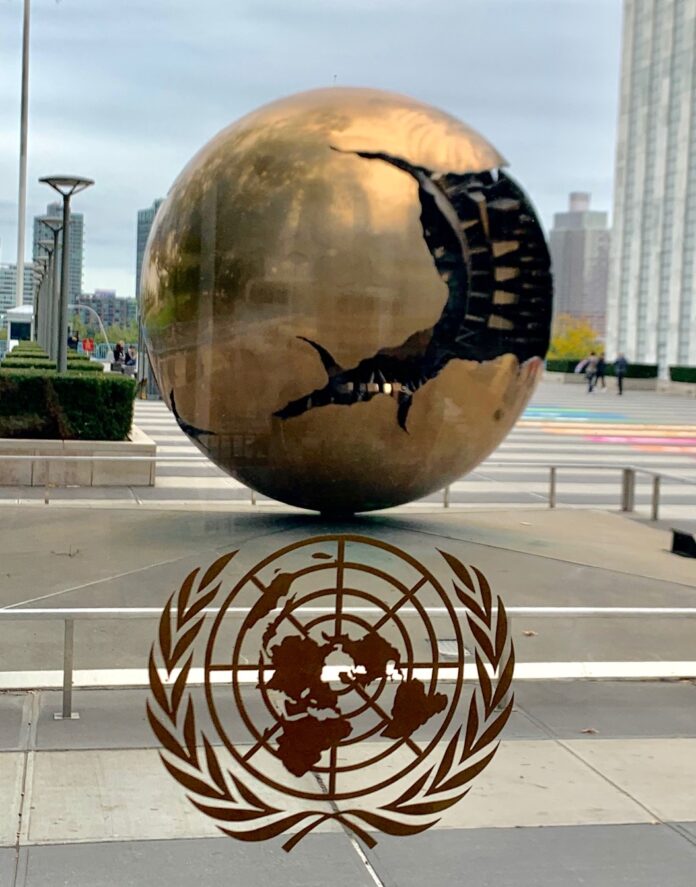 Paul Brothwood visited the UN to talk at the Fourth Committee on Decolonization following his latest book on unrecognised regions, which includes the Western Sahara. He delivered his speech to the UN where he discussed his visits to Dakhla, noting that new housing and amenities are being built there with a specific focus on elderly care.  He added that he was impressed by the number of young people working on such projects and by the involvement of women from different segments of society.  “Dakhla is reshaping development and investment models not only for Africa, but for the world,” he said, noting that new businesses are springing up across the Territory.  Morocco’s autonomy plan is the only credible solution to the conflict, he added.

What an honour it is to be here in the UN, discussing the future of a region with such aspirations – Dakhla.

What does the region mean to me and what of its future? Well you know how a rose smells, you will instantly think of its unique and distinctive smell- however it is not easy to describe. That is the same for the region of Dakhal – It is genuinely distinctive and where else do you get farms in the desert. From its distinctive geographical placing, which makes it such a prime spot for kite surfing to its hospitable and aspirational youth. It is certainly not an easy region to sum up in a short speech, but I’m sure you can appreciate its beauty and potential. I strongly suggest a visit!

After an awe inspiring visit to Dakhla, the social features I witnessed in the region were outstanding – it genuinely dates the old practices of the West.

I was very fortunate to have multiple visits to various associations and so can give you an empirical account.

First, I noticed how active the community of Dakhla city is, especially in the domain of elderly care. Associations are working closely with grass root volunteers and the civic government to build new housing and amenities for a large percentage of the population. The specific focus on elderly care is especially insightful and shows the regions genuine affection for the most vulnerable. What impressed me further was the amount of young people working on these projects. The youth were fully engaged in raising funds to purchase medical care for the most senior as well as provide voluntary assistance.

The projects managed by the Sahraoui youth provided a real account of how motivated and ambitious they are, as well as the visionary look they have on their great future.

In their culture, Sahraoui people already pay a high respect to women, and the evolvement of women in all parts of their community. I had the pleasure of visiting and meeting young Sahraoui women who were seeking training for their future careers.  They were learning presenting skills, IT skills as well as multiple languages. This generation has benefited directly from the financial and technical support of the National Initiative of the Human Development program.

I believe just as cryptocurrencies have redefined the financial world – this region, Dakhal is reshaping development and investment models for not only Africa but the world. This region is becoming a beacon of industrial advancements, which a decade ago would not be believed. The programme of support implemented by the government of Morocco is redefining orthodox approaches to large scale development.

The result of creating a well-trained youth with the ambition to lead can be seen in the many new business springing up across the region.  I visited businesses where I witnessed young team leaders managing large, complex production lines. The regions investment in their youth is now paying real dividends. Without the seeds of investment in youth training this would not be possible.

I will like to conclude that the large autonomy plan, focused on growth and investment, proposed by the government of Morocco, within the Western Sahara is the right roadmap to economic prosperity and the only credible solution to this long lasting conflict.

There is no greater tool for peace than trade – this is only possible with carefully managed investment. We can see this working well in Western Sahara. I would like to see regions in Europe learn from such a plan to help their youth and most vulnerable. You have a set a very high benchmark!