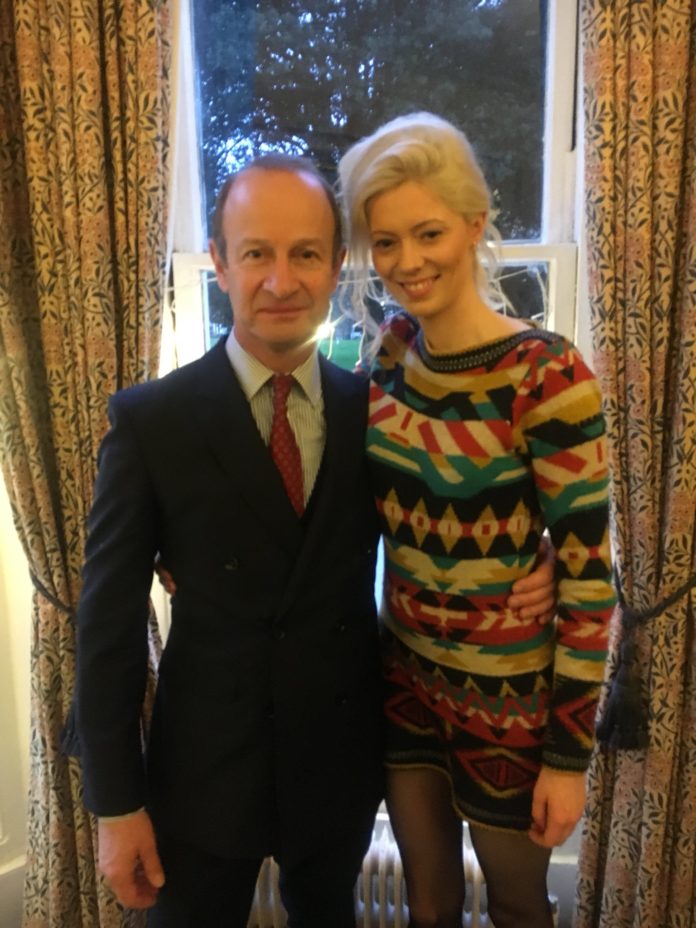 It has come to light recently that, UKIP Leader Henry Bolton has allegedly been having an affair with a woman 30 years his junior. Mr Bolton has three children, one aged 32 from his Danish first wife and two aged four and one from Tatiana, who is from Kimovsk, near Moscow.

Jo Marney, 25, has made no secret of the pair hanging out together for drinks and dinners.

Speaking to reporters at Jo’s home on Wednesday evening, Bolton confirmed that he and Jo were in a relationship, and that his wife is fully aware, and has been abroad since July.

He had previously said that his wife was “supportive” following his surprise election to UKIP Leader in September.

Jo is a London based model.

Bolton, 55, issued a statement to the UKIP membership, which says: “If you follow me on social media … you’ll notice I have recently spent time with somebody who has become increasingly important to me. This isn’t something I’ve hidden.”

Henry Bolton was elected as UKIP leader in September 2017, narrowly beating the anti Islam candidate Anne Marie Waters into second place, with 30% of the vote. Since then, he says: “the media has been pretty keen to find something negative to write about me. I am in a new relationship and the media have latched onto that.

“However, whilst I fully accept that as a national political figure I can expect to be the subject of media attention, I also believe we’re all entitled to a certain degree of privacy.”

Bolton has said he will offer no further comment on his new relationship, but in an email sent to party members and activists sought to reassure of his commitment to UKIP and it’s aims, saying this news will not “distract me”.

Bolton, who was awarded an OBE in 2013 for services to international security, has also recently had a near run in with former Tory chancellor George Osbourne. The arch remainer former MP allegedly nearly run Bolton and Marney over in Covent Garden, London.

Myself and @Jo_Marney nearly run over by George Osborne in Covent Garden. We were a bit sharper than he was though – no surprise there.

Self described Brexiteer has several raunchy photos on her Social Media.

Jo has not been shy of sharing photos of the pair together: