It was back in 1970 when the 0.7% GNI target was first agreed by the UN and has been repeatedly re-endorsed. It was originally proposed as part of the the Pearson Commission’s report created in 1969, the suggestions from the report were then adopted in a UN resolution on 24 October 1970.

The UK is often criticised for the amount of foreign aid it gives, however according to OECD data from 2015, it shows only Denmark, Norway, the Netherlands, Luxembourg and Sweden exceeded UK aid spending (as a contribution of GNI) for that year.

With the UK, these were the only 6 nations to manage to meet the UN spending targets that year.

According to data from DfID, and presented by fullfact.org, you can see a breakdown of where the spending goes: 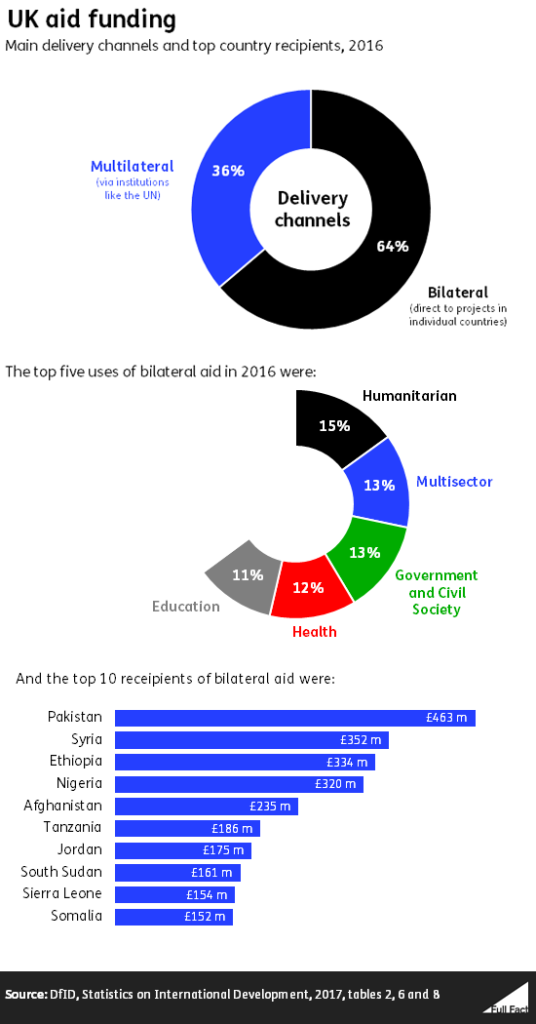