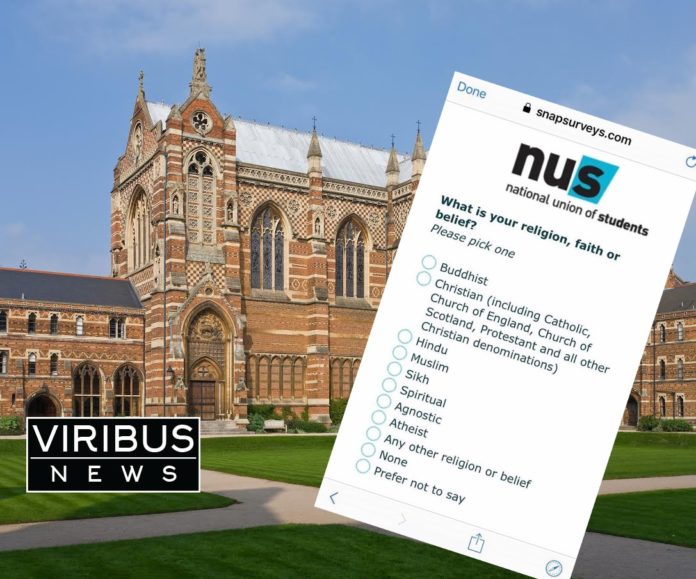 The National Union of Students has omitted the UK’s 5th biggest religion, from a religion survey.

The survey sent to members of the NUS had options for Christian, Buddhist, Agnostic, Sikh, Atheist and Hindu. However, Judaism was missing.

Buddhism has a smaller following than Judaism in the UK, ranking at 6th biggest, with 0.4% of the population saying they’re a follower in the 2011 census.

The gaff is the latest upset to an already strained Jewish – NUS relationship.

In April 2017, a tweet emerged from a candidate running for a place on the Executive.
Seán O’Neill posted using hashtags “HeilHitler” and “FuckSlutsKillJews”.

The Labour Party supporter also refused to say Israel had the right to exist.

The NUS launched it’s own inquiry, described as a “Labour-style stitch up” and a “disgrace” by a senior figure at the time.

The inquiry recommended that Bouattia should face no disciplinary action.

This is despite finding that Bouattia had made comments described as “anti Semitic”.