Home Opinion Libertarians – The Only Adults in the Room 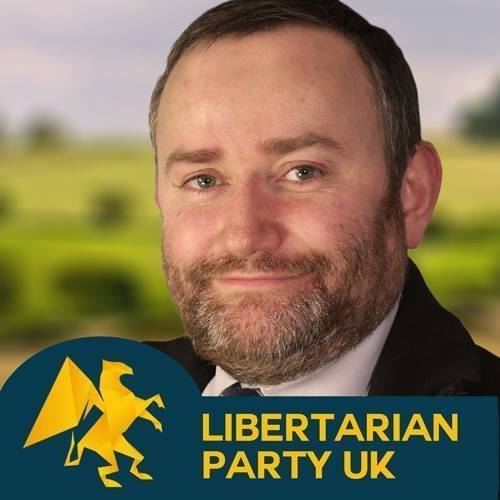 Before Christmas I had the pleasure of travelling to Manchester to meet Jim Lark, former US Libertarian Party National Chairman and current member of the Party’s National Committee. It was a pleasant round table chat, sponsored by our Young Libertarians led by Harley Dalton. A mix of local party members and party leaders were present with discussion ranging from football to Bastiat.

Along with hearing Jim Lark’s experiences with the US Libertarian Party, I enjoyed hearing about the journey to Libertarianism each person round the room had taken or was taking – a wide range of experiences, reasons and journeys. These people had not moved towards libertarianism because of some knee jerk reaction, or teenage rebellion. Nor were there reasons uninformed babble. Each coherently explained their thought processes, some cited specific influencers who had inspired them, but all were intelligent well thought out responses.

As I reflected on what I might say about my own journey, there were any number of influences, thought processes and experiences I could have called on. But what was the core? In the end it was Jim Lark who beat me to it.

The discussion had turned to more theoretical principles of individual rights, when Jim Lark interjected with his own take that was also my take. He explained the point using a simple example – he doesn’t play his music loud, *because* he *doesn’t want* to encroach on his neighbour. Think about that.

The caricature often painted of libertarians is that they seek some kind of anarchic ‘mad max’ distopia with each demanding to do whatever they want without interference from others. But it is just that – a caricature.

For me libertarianism is a manifestation of the golden rule – ‘do as you would be done by’. And there is more in that than first appears. The golden rule is not merely an injunction to refrain from actions which harm others – though that is absolutely set in stone for libertarians – but a positive injunction to act in a way that helps others. The ‘do’ in ‘do as you would be done by’ is proactive. Libertarianism as a philosophy for a strong community or nation can only work under such a principle.

Mark Twain famously wrote that “every civilization carries the seeds of its own destruction”.
The coercion inherent in most political ideologies undermines itself by making an oppressor of everyone against their own neighbour via state machinery, and ultimately provides within state machinery a lever of unlimited power which becomes the coveted goal of the most corrupt and most ambitious, those most willing to use force against their fellows, those most hungry for power and gain – a centralised corruption in which a few can dominate the many. The history of the 20th century, indeed all modern history, has proven this to not be a caricature but a clear and present danger of how things currently work.
In libertarian philosophy the risks are opposite. Rather than a centralised oppressive corruption, the risk is a widespread failure of each individual to accept both sides of the golden rule – not merely to refrain from harm, but to positively do good – and thereby to make its own caricature true. Libertarianism can only succeed if Individuals actually take personal responsibility for their lives, if they seek to become self-reliant and interdependent, and assist others in becoming so voluntarily. If not, others will eventually call for more state to force people to do the ‘good’ they did not do voluntarily, in so doing any good turns to evil and we end up where we are now.

Because of this libertarianism is truly the philosophy of grown-ups. There is no infantilisation, there is no nanny state, there is no coercion, no foot-stamping to any effect. Libertarianism is a philosophy of individual growth, not of collective oppression. There are individual natural rights and corresponding natural, organic, responsibilities to ones’ family, neighbours and community.

Caricatures aside, libertarians really are the only adults in the room. But they can only succeed if each person is willing to be their own adult. So long as a majority are willing to be infantilised, to subordinate their innate powers and responsibilities to a state machine which promises to be their nanny with them as child, in return for granting its controllers ultimate power over their lives, liberty has died and libertarianism remains the one political philosophy that really never has been tried.

Applying the moral principle of returning to people their individual freedom is the only sound basis for personal, local and national success. All others have already surrendered to an easily corruptible machine. In 2019 I seek to bring us closer to the goal of freedom. 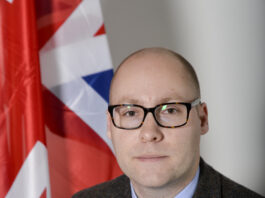 The EU’s engagement with the politics of international recognition, by Paul...