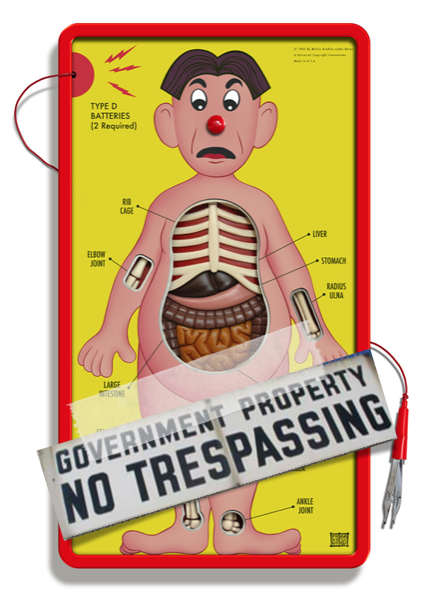 By Scott Bartle – psychologist and eco-libertarian.

Last week Ireland’s health minister Simon Harris announced he was introducing legislation to move to a system where people have to actively choose not to donate organs. This is known as ‘presumed consent’ and gathered traction in England and Wales at the end of last year as the Organ Donation (Deemed Consent) Bill passed through the House of Commons with support from all sides of the House.

Advocates of ‘presumed consent’ point out that we don’t need the organs if we’re dead and highlight the sad status of the organ donation waiting list where despite more organs donated than ever before, demand continues to exceed supply. They also point to research which suggests people would consent to organ donation, if they were spoken about it — so “why not just presume it’s okay”?

As, a presumption, in any other circumstance cannot be said to infer consent. Professor Hugh McLachlan in the British Medical Journal described the notion of ‘presumed consent’ as bogus and a ‘deceitful piece of sophistry’. McLachlan points out that “ If consent does not matter and the use of their organs can be justified without it, then consent does not matter.” — so why bother with this pretence of presumption?

A fundamental modern principle of the NHS is of consent: medical staff must seek it before carrying out any activity and it can only be offered voluntarily. Ensuring that actors of the state seek consent, especially within healthcare settings has been a hard fought battle and one which is not yet won. The Alder Hey babies organ scandal should prove a stark reminder of the importance of this. Between 1985–1995 ‘Presumed consent’ led to the organs of 850 infants being retained in 2000 pots.

The NHS deals with over 1 million patients every 36 hours and already ask questions that don’t always appear relevant to a specific healthcare need. Healthcare professionals document onto a national computer your religion, ethnicity, sexuality, whether or not you smoke, drink or do drugs. Often, healthcare professionals are incentivised by commissioners through ‘CQUIN’s to carry out a range of activities that may not have a direct link to the visit. It might be asked what reason there is for consent not to be asked upon visiting the NHS and for this to be documented accordingly onto the national computer system.

Organ Harvesting
If the state holds a presumption that it can harvest organs without consent, then organs are presumed to be property of the state (unless you say no). As this renders notions of a ‘gift’ and ‘charitable giving’ inherent to the word ‘donation’ void, it raises a question as to the value the property that is taken. Particularly as the poorer you are, the more likely you are to die than someone comparable, who is rich. For those killed by actions or inactions of the state (like dying as a consequence of universal credit) then having your remains seized by the government may become a final indignity. As it has been for over 60,000 people executed in China per year, often prisoners of conscience, who then have their organs seized and distributed.

Legalisation of Organ Selling?
It may be that in a culture where organ harvesting is premised on a presumption, that fair compensation should be provided to beneficiaries identified by the person’s estate. Perhaps, as suggested by Dr Harold Kyriazi we should lift the ban on organ selling to do just this. Dr Thomas Douglas, suggested a middle ground where to avoid exploitation, we ensure that incentives for organ donation are large enough that people would donate even if they were not vulnerable, not large enough to be regarded as coercive.

Voluntary agreements between consenting people, be that incentivisation of the NHS staff to ask about donation or legalisation of organ selling — can only be better than a new government taxation in the form of flesh.

The EU’s engagement with the politics of international recognition, by Paul...

The Myth Of The Self-Service Checkout