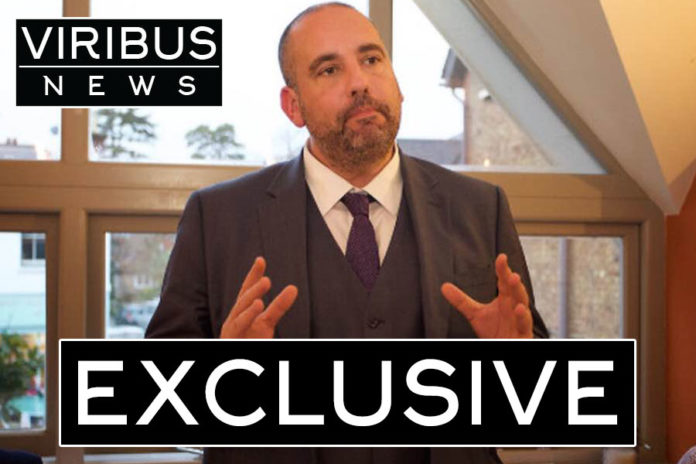 It is stating the obvious that my firm and unshakeable belief is that our nation and its people deserve a future free of the EU and its desperate desire to eradicate national sovereignty and individual freedom.

The EU has turned into the greatest enemy of individual liberty and prosperity that our people have faced in our long and illustrious history. Unlike previous enemies of freedom, the EU does not use tanks and bombs, but rather self-amending legislation and treaties designed to gradually and insidiously erode and eventually eradicate the nation state and the freedom of individuals living within it.

The famous referendum victory of June 23rd 2016 was a momentous turning point. It was a moment where the free people of a great and civilised nation stood up against a huge array of forces aligned against them and demanded an end to the once seemingly unstoppable tide washing away their liberty and hope. The scale of the victory cannot be over stated. This was a disorganised uprising of individuals from every walk of life who felt motivated to rise up and defy global corporations, the big state, political leaders, and the mainstream media.

Sadly, this victory was not the revolution many had hoped for.  It was one glorious victory in a famous battle, but the war still rages on. In the time since the people scored this wonderful victory, our opponents have reorganised and returned to fight on with more will and resources than ever.

Theresa May and her puppet government in the UK have danced to the tune of the EU and big business in seeking to delay, dilute, and eventually destroy the desire of the people for independence and freedom. Their allies in the mainstream media have saturated news coverage with prophecies of doom and levels of bias that at times seem almost laughable.

We have a duty to take up the battle and represent the people. There is no other political organisation that can do this as effectively or efficiently as UKIP. Regardless of the party’s much diminished state since the resignation of Nigel Farage as leader and the failed attempts to fill his boots, it is the only hope for pressure to be applied to the establishment in the name of the people.

In order to do this, UKIP has to get itself back in fighting order. This is not simply a case of looking into internal reforms and reorganisation, although they are obviously required. It is about the party finding its soul and understanding its core purpose.

Many people believe UKIP’s core purpose was to leave the EU, I take issue with that. In my opinion, the core purpose of UKIP is to campaign for independence and freedom for the individual from the power of the state. It is true that freeing our nation from the European state is a necessary first step for this to happen, but it is no more than smashing down the door of our cell.  We are far from escaping the prison of the all-powerful state. Liberty for the individual must be our core aim and driving motivation. Along the way, we will have to take on the power of the state, both supranational and in Westminster, as well as global corporations and media conglomerates.

The task ahead is incredibly difficult, but there is a route to it that can be easily traced and explained to the British public if only UKIP as a party embraced this as our mission. We have the foundations of a free society which were laid down centuries ago. I refer to the Magna Carta. Since 1215, we have been developing representative institutions and freedoms within the rule of law which set us apart from and above barbarism. These are the foundations which freedom was built from in our country.

We must put freedom at the forefront of everything we do. This means an unambiguous rejection of socialism and all it stands for.  Socialism relies on state planning and economic control which by definition are anathema to freedom. There is no chance of maintaining political freedom without economic freedom within the rule of law. No government can put into place measures to control the economy without seeking to control the people. The result of the efforts of continuous governments to impose state socialism and centre-left policies is that a small intellectual elite based in Westminster and Brussels have the power over millions of people because they believe they can organise our lives better than we can organise ourselves.

UKIP needs to be the party that stands for an irreversible shift of power from the state to working people and their families. We need to promote the idea that free enterprise and competition are the engines of prosperity and the guardians of liberty. We should promote opportunity and choice.

This new emphasis on freedom for the individual and liberty to operate within a more dynamic economic framework can complement our existing strong suits of principled opposition to multiculturalism and political correctness. In a free society where liberty is preserved by rule of law, some of the medieval and outdated practises and beliefs brought to our country by immigration over the years will fade and die.

We have the opportunity to outline a golden future of prosperity, liberty and hope to the British people. This future lies within our reach if we can completely break loose of the shackles imposed on us by the EU superstate. We are too great a nation to limit ourselves to small dreams. This is our time to seize the moment and campaign for a glorious future for our nation as an independent state and for its people to enjoy all of the benefits of true liberty.

UKIP needs to be the torch bearer for freedom and liberty. We need know what we stand for, say what we stand for, and stick by it no matter what is thrown at us. If we do, we will have become a party that will truly touch the national consciousness and excite its soul.