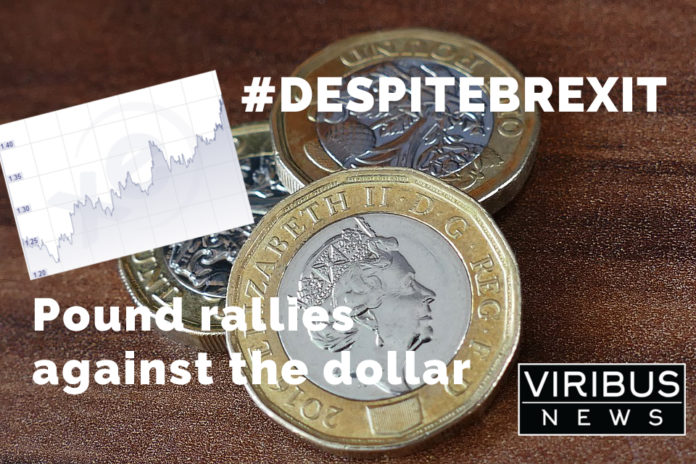 The pound took a beating following Brexit in June 2016.

O’Neill, who campaigned for Remain in the EURef, has said that the “UK economy is defying the gloomier post-Brexit predictions, and the growth forecasts are likely to be upgraded.

The Tory Lord added that regions such as the North West of the UK are “actually doing way better than people seem to realise or appreciate.”

Thomas Flurry of UBS told the FT, “It looks like the pound is becoming increasingly resilient . . . Markets have probably become more confident that a cliff-edge Brexit in 2019 will be avoided.”