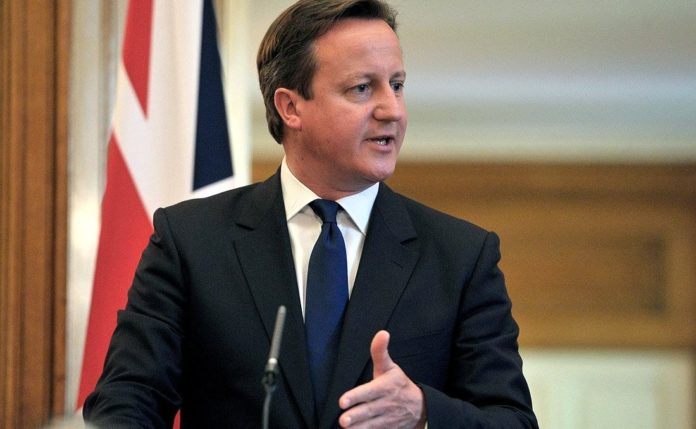 David Cameron has given his first television interview since stepping down as Prime Minister in June 2016.

The interview with Tom Bradby aired this evening on ITV and coincides with the release of Cameron’s memoirs ‘For The Record’ which have been compiled together for the first time and will go on sale later this week.

Here are the main points that came from tonight’s interview.

It looked to me from the outside rather sharp practise of trying to restrict the debate…it was probably counterproductive.

I think I’ve been remarkably consistent in my political career about this issue, I’ve always believed Britain is better off in the EU…Crucially this issue about the single market which Britain helped to create, my sense has always been in spite of how many frustrations you have with the EU it’s in our national interest to be at that table setting those rules.

At no stage in my political career have I ever thought that leaving was the right answer…Those who say Europe is simply a sideshow and we somehow elevated these issues I don’t agree with that…I hope Boris will get a deal in Brussels.

Cameron on the Referendum;

I accept it failed, my attempt to solve this problem failed and decisions I made perhaps contributed to that failure but it was at least an honest attempt to try and grapple with this issue…It was my referendum and my campaign and I lost it and the consequences that followed.

My conclusion is he thought that the Brexit vote would be lost but he didn’t want to give up the chance of being on the romantic, patriotic, nationalistic side of Brexit…The minutes before he goes out to explain why he is going to be on the side of Brexit he sent me a text saying ‘Brexit will be crushed like a toad under the harrow’…He’d never argued for it before.

Cameron on the Vote Leave Campaign;

I think they put it on the bus (that the EU money would go to the NHS) thinking this is the biggest possible number and let’s have a big argument about it but they must have known…They got on the bus and left the truth at home and that was very depressing. There were some things that happened in the campaign and things that Michael (Gove) and Boris signed up to that I found deeply depressing because I didn’t think it was who they were.

Cameron on the Coalition;

We (Cameron and Clegg) built a relationship; we found ways of keeping the government on the road…

We took Britain from being a total mess to being in the situation where we were the fastest growing country in the G7, some of the decisions weren’t necessarily the right ones, they were painful for many people, particularly for some public services but overall the strategy worked.

I thought we’ve got to act; President Obama and I had discussed the red line, of the use of chemical weapons, so I immediately thought we must get together and act. We then agreed a plan…I misread the situation; I think we should have acted. I’m not saying it would have solved the Syrian crisis but it was a red line cross, it was an appalling thing to happen, I made a passioned argument in parliament but I lost that, I lost that vote.

Cameron on his time as PM;

I’m deeply sorry about all that’s happened, there isn’t a day that goes by when I don’t think about all the decisions that I made and all that has followed, but when I go back to that decision that Britain’s position needed to be sorted I believed then that was the right approach…I have huge regrets…This is a huge decision for our country and I think we have taken the wrong path.