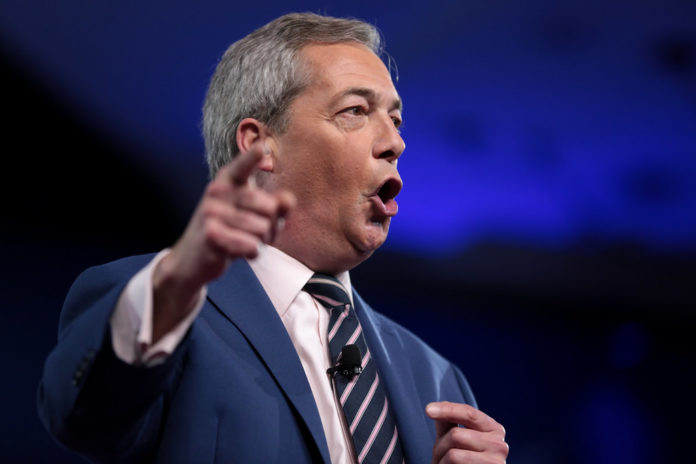 ‘We are being wilfully and deliberately lied to’ Those were the stark words in response to Project Yellowhammer from Nigel Farage at the Brexit Party Conference Tour in Southport on Friday evening.

In front of a packed out auditorium on Southport’s seafront members of the Brexit Party took to the stage to argue why a vote for their party at the next general election would not be a wasted one.

In an attempt to show a variety of ages among the party Richard Tice, chairman, was eager to introduce Southport’s newest prospective parliamentary candidate (PPC), Darcey Iveson Berkeley. At just 19 years old Darcey commanded the stage with passion and persistence and a renewed hope for the younger generation that not all is lost in the current unpredictable political world.

‘We need to rid the UK of the leaking sieve that is Brussels.’

Dr. David Bull, MEP for the North West echoed Farage’s views that the establishment and the media are deliberately trying to evoke fear into the general public with the recent publication of Project Yellowhammer. Dr. Bull addressed the alleged issues surrounding medicine shortages post Brexit.

‘Project Fear is back, they are trying to frighten people…Medicine does not revolve around the EU, medicine is global. By 2050 half of the worlds medicine will be made in India…No more spin, stop playing with people’s lives.’

Claire Fox, who is also MEP for the North West, argued that none of the traditional political parties have the ‘bottle’ to get on and deliver a clean break Brexit, and that in turn they have let the country down by voting against calling a general election.

‘My voice matters just as much as yours…it is true we are fed up, we are furious and fuming. By delaying the election they hope we will have forgotten their betrayals.’

Richard Tice ended proceedings by introducing Mr Farage to the stage but first reminded the audience that without him there would not have been a referendum. To which Farage in his usual jovial manner rallied the members of the conference hall together and bellowed around the room:

‘We are ready to fight…together through people power we can win.’

Disgraceful comments from Corbyn & Remain supporters as MP breaks his...