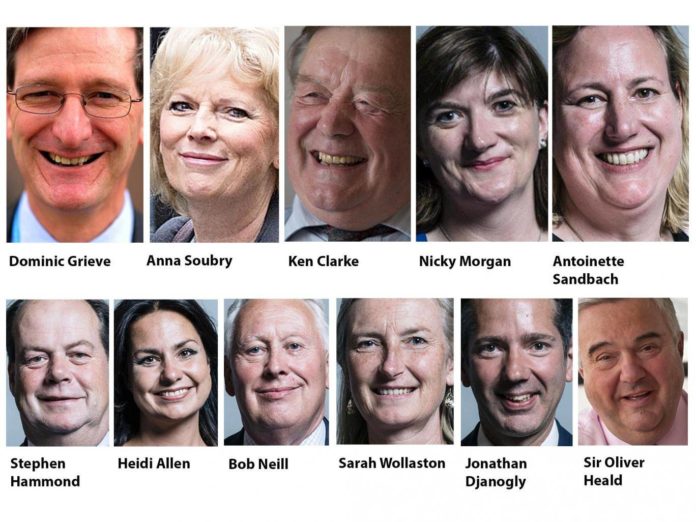 Find out more about the 11 Tory Rebels that voted to frustrate the Brexit process and give MPs a right of veto on the final Brexit deal.

Dominic Charles Roberts Grieve, QC is a barrister by trade and is a specialist in occupational safety and health law. He was opposed to Brexit prior to the 2016 vote, and he proposed the amendment 7 to the EU Withdrawal Bill that requires MPs to have a “meaningful vote” on the final deal (giving MPs the ability to veto it). He held his first form of elected office since 1982 as a councillor in London Borough of Hammersmith and Fulham.

What do you think of the 11 Tory Rebels? are they trying to frustrate the Brexit process? are their real intentions to prevent Brexit from actually happening? have your say, comment below.

The moment Nigel Farage says “maybe we should have 2nd EU...

Estranged Bolton’s wife will ‘focus on the children’