Foreign policy expert, Paul Brothwood has wrote a book which explores the EU’s engagement with the politics of international recognition.

Following the end of the Cold-war, the debate about the recognition of nation-states has become more politicized. There has been a shift from the orthodox criteria for statehood, established by the 1933 Montevideo Convention “towards a greater emphasis upon human rights, democracy, minority rights, and thus a shift towards recognizing remedial secession.” Today the great powers on the world stage such as Russia, China and the US often take different positions in recognition conflicts and often raise remedial rights as their justification for doing so.

Reflecting the fact that no generally accepted international procedure for settling claims for statehood exists, policies vis a vis recognition of states do not guarantee that similar cases will be treated alike and lead to the same outcome.

There is no automatic process of integrating a new state into the international community, the process is one of co-optation meaning “individual and collective recognition on the part of already existing states.”

The acceptance or non-acceptance of calls for recognition from entities within or outside the European Union has re-emerged as a political issue decades after the colonies of European states achieved their independence.

Within the European Union the 2014 Scottish independence referendum and the developments leading up to and following the 2017 Catalan declaration of independence has brought the issue of state recognition to the forefront of public debate. As exiled Catalan President Carles Puigdemont has fought extradition to

Spain in Germany and Belgium the struggle for an independent Catalan Republic has gained notoriety and further kept the recognition issue in the headlines.

Paul Brothwood’s latest book examines the EU’s policies towards recognition of states outside the EU that has developed since the early 90’s and will contrast this policy with the Libertarian case for secession and recognition of seceding states. It also examines the impact of the EU’s trade and foreign aid policy on recognition movements and examine the role and function of the Members of the European Parliament’s Foreign Affairs Committee in the recognition process.

While “international recognition is an exclusive prerogative of sovereign states”, the European Union has adopted collective positions on steps entities should take to gain recognition, most notably the 1991-1992 Declarations on the former Soviet states and Yugoslavia in which the European Community Ministerial Council granted recognition to the states of Slovenia, Croatia and Bosnia and Herzegovina.

The European Union’s expanding remit under the Lisbon treaty, mainly the formation of the European External Action Service (EEAS) and the ability to sign treaties has, however, increased the EU’s engagement with non-recognised state entities. At the same time the EU is increasingly torn between its normative commitment to recognition on humanitarian or democratic grounds, and the material and geopolitical interests of individual member states or of the union as a whole.

In many cases such as Crimea or South Ossetia and Abkhazia, the EU’s normative values that in principle place the union on the side of the will of the people in conflict with other recognised states. In other cases the engagement (or nonengagement) with seceding entities has been controversial because it has been in favour of an existing state and against “the will of the people”. In a few cases the engagement has even resulted in an escalation of a conflict. A policy of engagement without recognition has therefore developed and “has provided a way to avoid some of the sensitivities.” 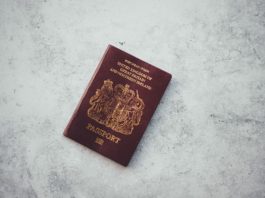 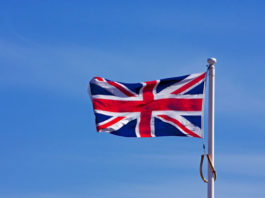