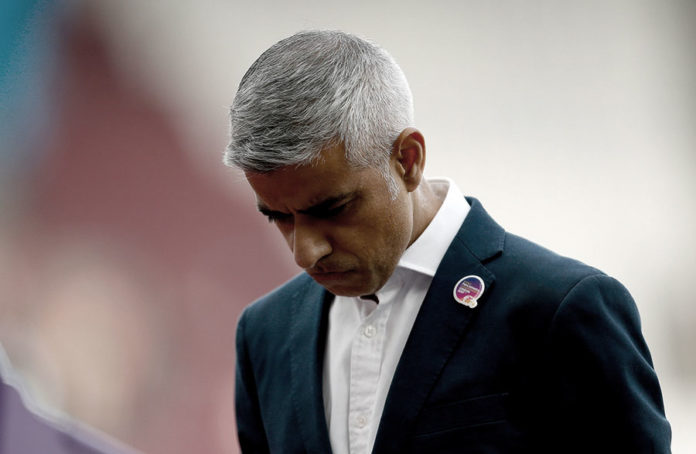 Sadiq Khan was elected Mayor of London in May 2016, succeeding Conservative Party mayor Boris Johnson. Mr Khan won the largest number of votes in one election of any politician in British history, however has he been a success so far? we look at his failure by using numbers primarily issued in the December 2017 report to the Police and Crime Committee.

From the years 2015/16 to 2016/17, rape in the capital rose by 18.3 per cent. An area you would expect Mr Khan to want to focus his attention considering his many speeches on championing women.

What do you think? has he impressed you since becoming London Mayor? Or do the numbers speak for themselves. Maybe he should concentrate on fixing his city, rather than virtue signalling.

Brexit will be crushed like a toad under the harrow –...