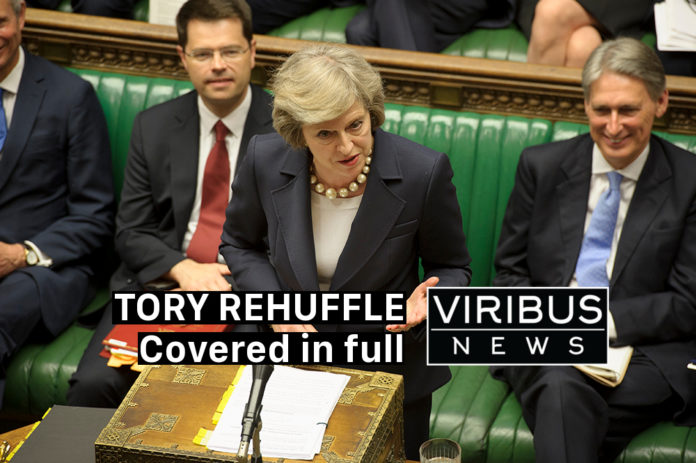 The PM started her premiership nigh untouchable, but today is her 3rd Reshuffle since July 2016.

So far we know / have heard (refresh, tap here):

The poor Conservative showing in the 2017 General Election has weakened her near beyond repair, with near unanimous acknowledgement by Tory MPs she won’t lead the party into GE2022.

It’s expected May will bring in a “Cabinet Minister for no deal”.

The new minister will be part of DExEU, alongside David DAVIS, the Brexit Secretary. Whilst not a Secretary of State, they will attend Cabinet meetings and control a significant budget.

The appointment is an attempt to prove to the EU Commission and EU Parliament that Britain is prepared to walk away if the negotiations go south.

We’re getting rumours it could be Steve BAKER for “No Deal Minister”.

We are covering the Reshuffle as it happens and will update this page. Refresh!

Videos from the Reshuffle

“Honoured and looking forward to getting on with the job.”