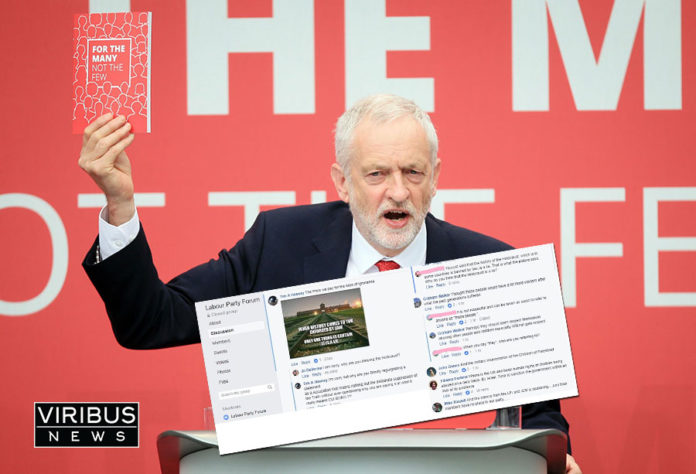 A private Labour Party group on Facebook has been accused of anti anti-semitism and holocaust denial after a screenshot leaked today.

In the group, a member posts the caption “When History comes to you enforced by law, only one thing is certain – it is a lie”.

The caption is an overlayed a picture of the infamous death camp, Auschwitz.

One member comments “I am sorry, why are you denying the Holocaust?”

Another demands that the UN “sanction the government [of Israel] within an inch of its existence”.

Richard Tice on leaked Brexit forecast: “What a load of absolute...