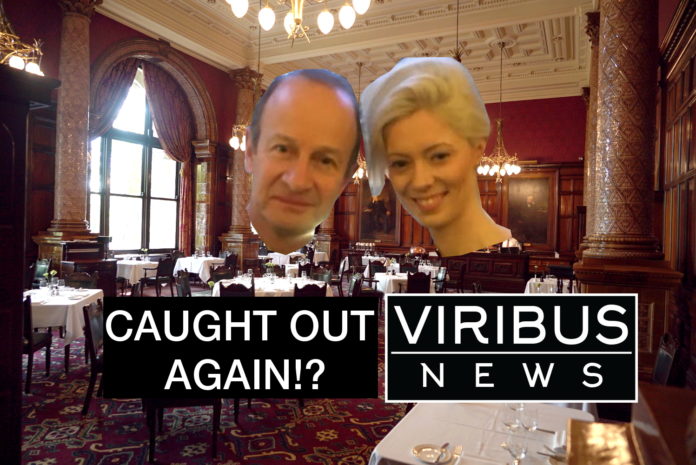 Henry Bolton may have been caught telling a little porky after meal with Marney..

Henry Bolton, the beleaguered leader of UKIP said on Monday to Julia Hartley Brewer the “romantic element of the relationship” is “ended”.

However, he and Jo Marney were approached by Huffington Posts Owen Bennett outside the National Liberal Club in Westminster.

In the brief doorstep interview, below in full, Bolton, who is facing a possible vote of no confidence on Sunday, said of Jo Marney “She’s now going back to Maidstone and I’m now going back home”.

However, Guido Fawkes caught up with the couple on the train, both heading to Boltons Folkestone flat.

After leaving, the couple, you’d have thought, would have parted, as per Bolton saying on that interview.

In fact, Bolton and Jo both went to his Folkestone Flat.

Richard Tice on leaked Brexit forecast: “What a load of absolute...