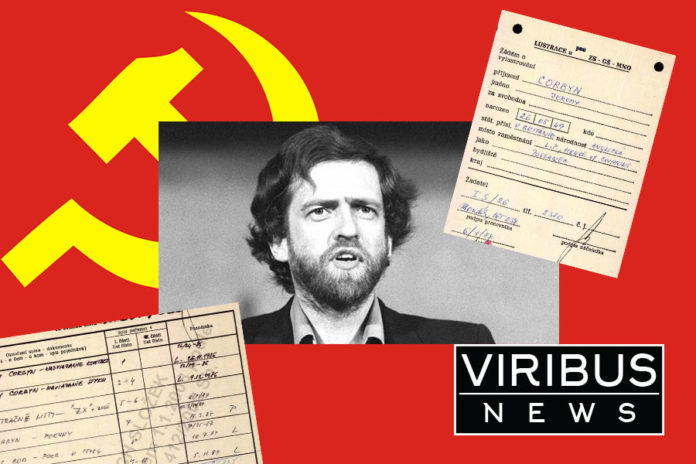 Jeremy Corbyn, Labour Party leader, has been allegedly documented to have met with a soviet communist spy during the Cold War, which has been reported in an exclusive by The Sun.

According to The Sun Jeremy Corbyn gave sensitive details to the Soviet spy during the height of the Cold War, which included passing on material about the arrest of an East German and was allegedly put on a list of Czechoslovakian state security team’s agents and sources.

“I would ask Corbyn, ‘Did he think people working in the Czech embassy might be working for the Czech intelligence agency’?

“It is a criminal offence to knowingly engage with a hostile foreign state’s intelligence agency. No doubt he didn’t know. But even if he thought they were just government embassy staff, this was a repressive communist state — it’s despicable to be meeting with them.

“Jeremy Corbyn should insist any archival material held on him in the East German or Czech archives be made public.“He needs to do this so he can be seen as a fit and proper person to be Prime Minister.”

Tory Malcolm Rifkind, a former chair of Parliament’s Intelligence and Security Committee, said: “If these documents are genuine, which they appear to be, then there is a serious case for Mr Corbyn to answer.”

A spokesman for Mr Corbyn said: “The claim that he was an agent, asset or informer for any intelligence agency is entirely false and a ridiculous smear.”

A further spokesman for the Labour Party leader said he met a diplomat, but never knowingly talked to a spy.

MPs to get “meaningful vote” on Brexit as 11 Tory rebels...

BLAIR caught out on the NHS