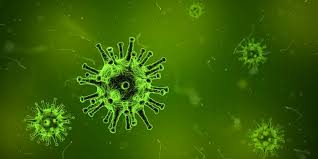 Measures have been put in place at Heathrow airport and at university campuses across the UK including Chester University to help prevent the spread of the infection if it arrives on UK soil.

The death toll from the virus, known as 2019-nCoV, has today rose to 26 and there are reports nationally of 830 confirmed cases with the first case in China being reported on the 31st December 2019. Cases have since been confirmed in Thailand, USA and Japan.

It is the first time this particular strain of the corona virus has been identified in humans and it is believed the virus originated from the Huanan seafood market in Wuhan, which housed a live animal section.

Passengers on flights from Wuhan into the UK are being given leaflets notifying them of the virus and advising them to inform staff if they are feeling unwell upon arrival into Heathrow.

On the eve of the Chinese New Year there is currently a transport ban in Wuhan and nine other cities in central China’s Hubei province. This ban is believed to be affecting up to 33 million people across the 10 cities.