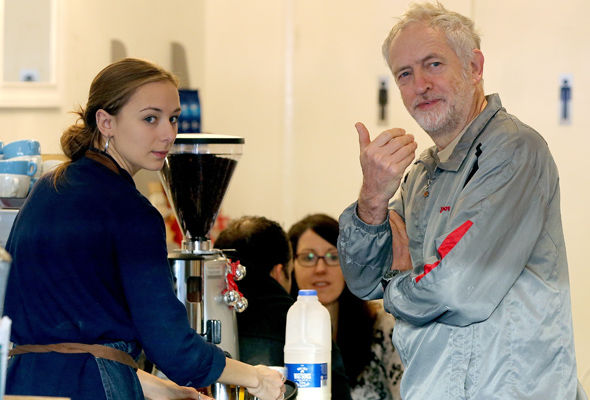 Guido Fawkes reports Jeremy Corbyn has a rather socialist way of “paying” for his morning Islington style Lattes;

“Spotted this morning: Jeremy Corbyn in the coffee queue in Portcullis House, ordering four large lattes (very Islington). Who would have thought it – when the time came to pay, Jezza told the cashier he didn’t have any money on him and wandered off in search of cash, leaving the baristas without payment.”

A rather amusing comment from one Guido Fawkes “spies” suggests Mr Corbyn may have wanted him to pay.

WATCH: Ex UKIP Leader and girlfriend AMBUSHED on This Morning

Breaking – ECJ has ‘ruled’ on Brexit