The altercation first started when the Nigerian Woman put her muddy shoes on his chair, which would annoy any normal person.

During the heated argument she strangely accuses him of not being married to only find out later that he is actually married to a Nigerian woman!

At one point the racist takes her phone out and starts filming Mr Prince and calls him a “White idiot”, of which he responded by calling her a racist, and rightly so.

Mr Prince happens to be a London Assembly member and former leader of Redbridge Borough Council.

Mr Prince today said he regretted being drawn into the row.

“I regret getting involved in such a petty dispute. This is one of those situations in which it is better to simply walk away,” he said in a statement.

“By the end of the journey we were joking with each other and having a pleasant conversation. That said, I’d like to apologise to my fellow commuters for the disturbance our initial disagreement caused.”

A Tory spokesman said: “We are aware that video footage has been posted online of a verbal dispute between an unknown woman and London Assembly member Keith Prince.

“The exchange occurred on a train travelling from Dartford to London Bridge yesterday morning at around 8.30am.” 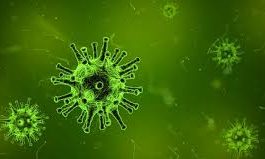