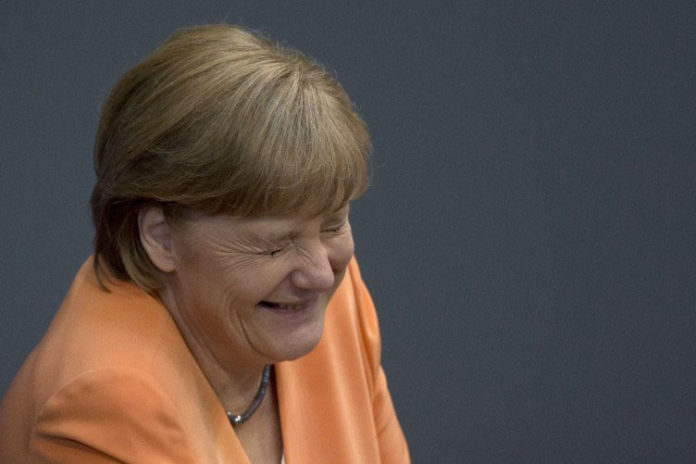 While Germany, at the centre of the EU attempt to figure out ways to punish the UK for daring to vote to leave, they are hardly the perfect child.

The latest available EU-data from 2016,  already shows Germany topping the list of violators, together with Spain. Which is 20% higher than in 2012. 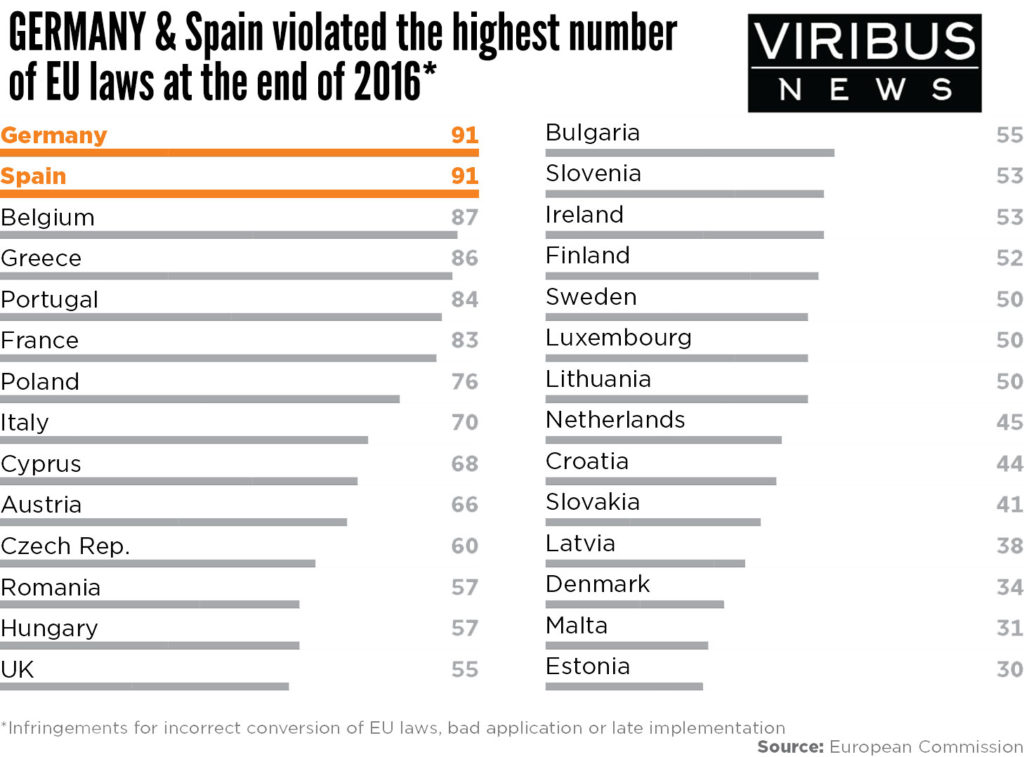 Mr. Tressel continued by saying:  “The government performs badly in converting EU directives into national law, especially in the areas of traffic and environment.”

The UK, is actually relatively competent when it comes to implementing EU regulations fully and on time, ranked at number 14 on the list.

Meanwhile, Germany have and continue to be at the centre of pushing for punishment of other EU nations. Greece during its economic crisis, Poland and Hungry recently for refusing to take thousands of migrants, and the EU has repeatedly threatened political and financial “consequences” for member states for refusing to accept migrants, accusing them of betraying “European values”.

Only this week, The Times reported on a leaked documents from the EU, that would give them unprecedented legal powers — without the oversight of European courts — to punish Britain unilaterally if it breached the terms of the transition.