WATCH as Diane Abbott squirms under questioning from Andrew Marr, and attempts some political spin.

She claims on the Andrew Marr show: “We’ve never supported a second referendum.”

To which Andrew Marr says: “Well you did…”

Nevertheless in a letter in November this year, she wrote: “I will argue for the right of the electorate to vote on any deal that is finally agreed.” 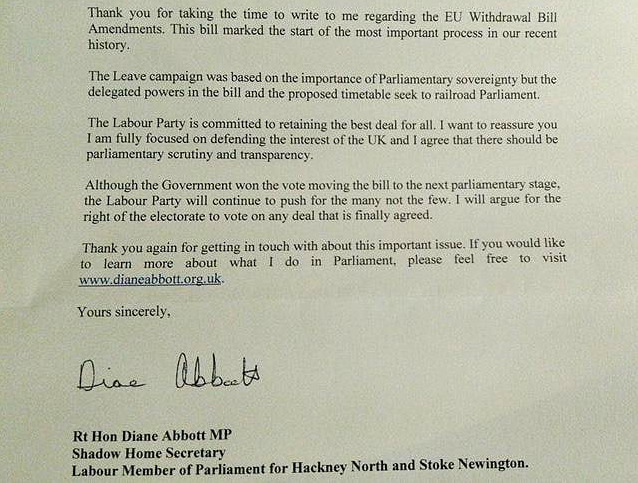 Is it any wonder the public are getting more disillusioned with the same old establishment politicians? With social media and cameras everywhere, you would think politicians would stop attempting spin.