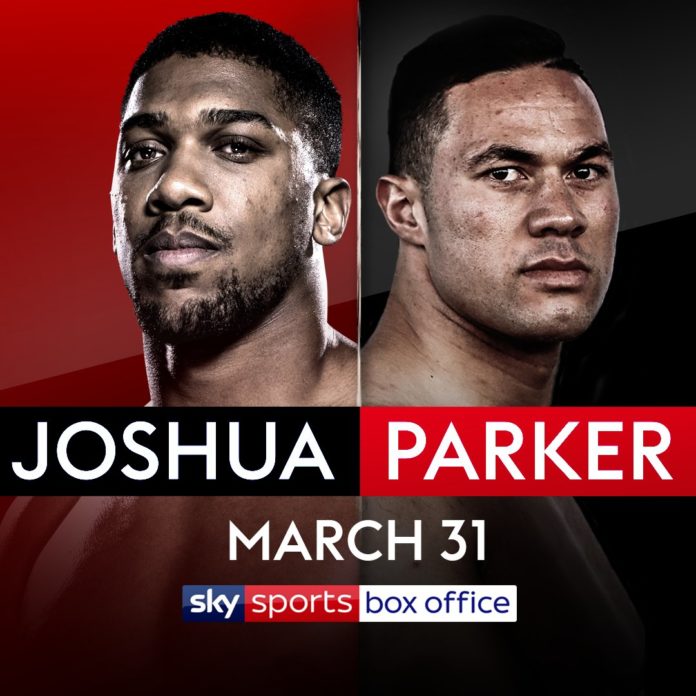 It is finally confirmed Anthony Joshua will defend the WBA Super, IBF and IBO heavyweight titles against Joseph Parker, who will be bringing the WBO title to the table.

This is a much anticipated World Heavyweight Title fight, that will see the first Heavyweight unification fight for years.

The fight has been confirmed for the 31st March at Cardiff’s Principality Stadium.

“I would like to announce the official news that myself and Joseph Parker will be fighting on March 31 at Principality Stadium in Cardiff,” said Joshua. “It is a unification Heavyweight championship fight, we all know what happened last time I was in a unification Heavyweight championship fight, it was gruelling, it was interesting and we both left the ring with masses of respect.

“These fights aren’t easy because there is a lot on the line, so respect to team Parker for taking the challenge. And you know me, I love this game. I am looking forward to it, training camp is underway and before you know it March 31 will be upon us. Stay tuned for more news and I will see you all soon, God bless.”

WATCH! When @anthonyfjoshua faces @joeboxerparker only one champion will keep their unbeaten record and the belts! https://t.co/DC5xnyeHbW

WATCH! AJ's next opponent @joeboxerparker is a fighter who will bring plenty of firepower into the ring on March 31st. https://t.co/xYJPfRbjrW

Will AJ live up to the hype and unify?

An announcement on on-sale dates, ticket prices and travel packages will be made soon.