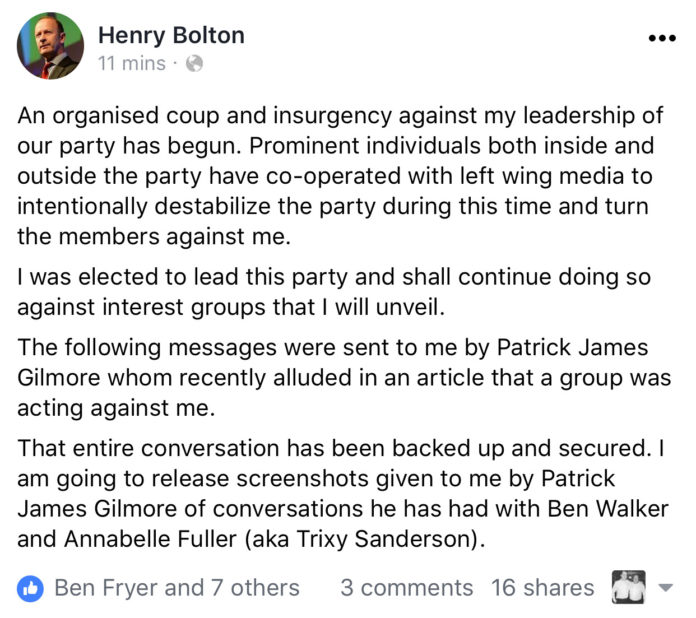 Henry Bolton says there is a coup out to get him

In a bizarre move, Bolton, 54, the embattled leader of UKIP has released screenshots of a set of messages showing leadership hopeful Ben Walker ensuring a leaker is paid.

At half 11pm, and lasting more than an hour the screenshots kept coming.

Bolton said “An organised coup and insurgency against my leadership of the party has begun.” 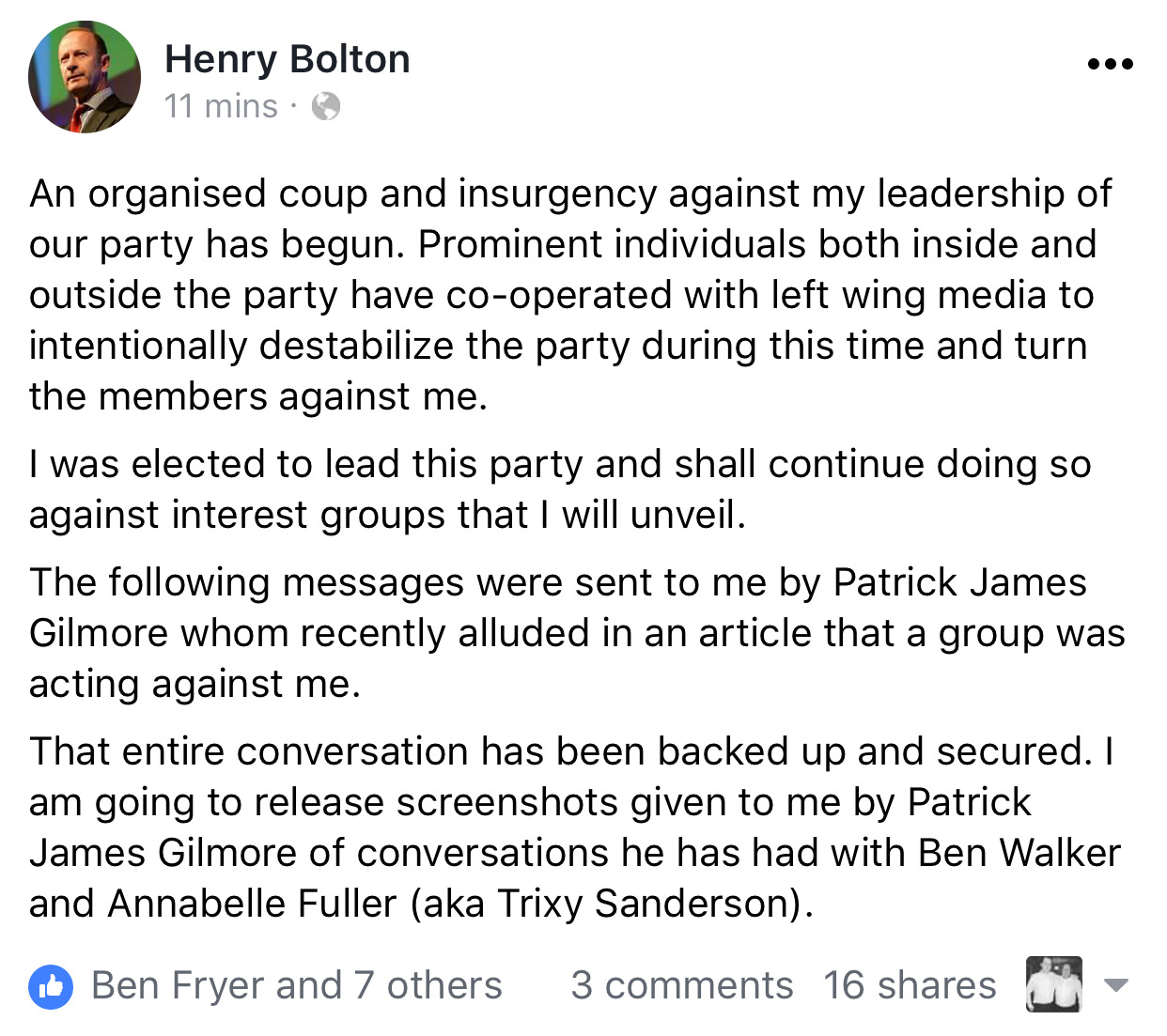 party, and turn members against him.

Presented below in full technicolour are the screenshots.

Annoyingly for this author, the images were not in an album, making them easier to read and contextualise.