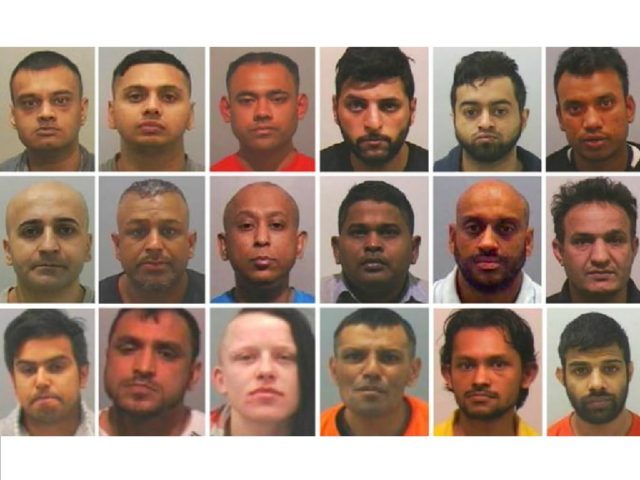 A report by Quilliam, a group that claims to be the world’s first counter-extremism organisation, have found that 84% of grooming gang members since 2005 were men of Asian origin. The initial expectations of the report was that Asians had been unfairly targeted, and misrepresented.

The report analysed 264 convictions of grooming gang members since 2005. They discovered that 222 of those convicted, or 84 per cent, were men of Asian origin. Only 22 were black and 18 were white with two offenders not having an identified ethnicity. What is alarming is that Asians make up only 7% of the UK population.

Muna Adil, one of the authors, said: “We began thinking we would debunk the media narrative that Asians are over-represented in this specific crime. But, when the final numbers came in we were alarmed and dismayed. For both of us being of Pakistani heritage, this issue is deeply personal and deeply disturbing.”

The report, called ‘Group Based Child Sexual Exploitation: Dissecting Grooming Gangs’, notes how many of the gangs had operated in North of England towns and cities.

“When David Cameron spoke of the failings of multiculturalism in 2011 he was attacked from all sides,”

Ms Adil added: “What these critics failed to see was the numerous self-segregated northern towns, the plethora of organisations that preached problematic attitudes towards women and other faiths, and the hundreds of young men and women being radicalised right here on British soil.”

The report has also pushed for politicians and the police to dismiss political correctness and fears of being branded racist to ensure they can tackle the problem of grooming gangs head on.

What the report means by ‘Asian’ will not be clear until the report is officially published over the coming days, nevertheless Quilliam founder, LBC presenter and former Islamic extremist Maajid Nawaz gave some indication when he tweeted:

84% of collective child-grooming and rape cases in the UK involve gangs of British South-Asian Muslim men. Tune in to my show on @LBC today from 12pm UK time to discuss this https://t.co/8sJkB1k3ch

The report states: “The notion that certain cultures are out of bounds when it comes to criticism is not just misguided and misinformed, but often allows the most vulnerable individuals from society to continue to be victimised and abused.”

Is it time we followed the advise of this report and dismissed political correctness? Have your say on our Facebook page, or comment below.