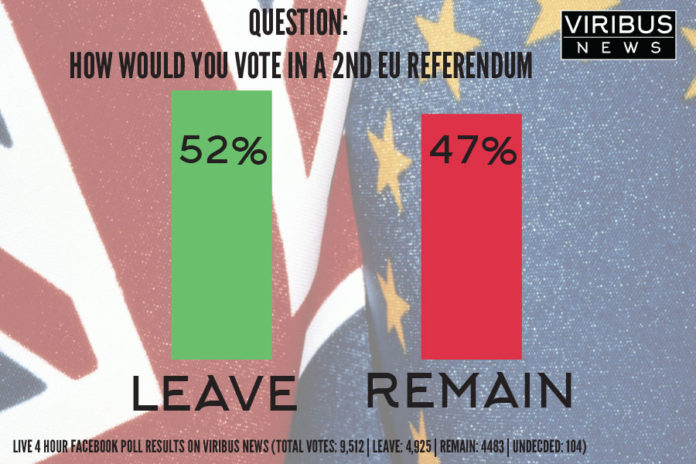 52% of voters would still vote LEAVE according to a live Facebook poll run by Viribus News. After the comments made by Nigel Farage suggesting we should maybe have a 2nd EU referendum, in order to put it to bed, Viribus News went to the voters to see how they felt.

This would suggest the people still think very similar, and as we have already suggested a 2nd referendum only shows that the establishment can just moan, frustrate and use media pressure to get whatever they want.