One of the leading Brexiteers, Andrea Leadsom (Con, South Northamptonshire) has received a THREATENING and ABUSIVE letter from the so called “REAL 48 PER CENT”

In a Tweet, Leadsom, who came to the public eye during the BBC Great EU debate, tweeted in response to the letter.

She said “Pretty despicable whoever sent me this. We live in a democracy- death threats because you don’t agree? And unsigned? coward…”

The Letter is the latest in a spat of letters sent from the “REAL 48 PER CENT” to prominent ‘Leave’ voters, donors and supporters.

The other letters, sent to at least 6 people, all read “We are going to kill you”. 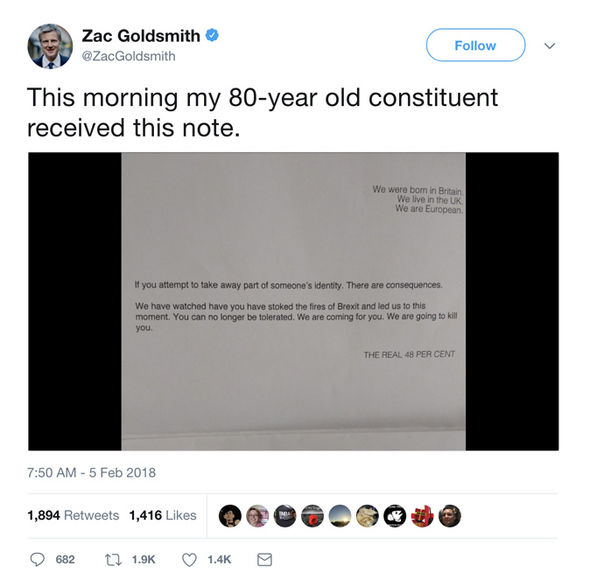 Remain supporters were quick to label the letters as “Fake News”.