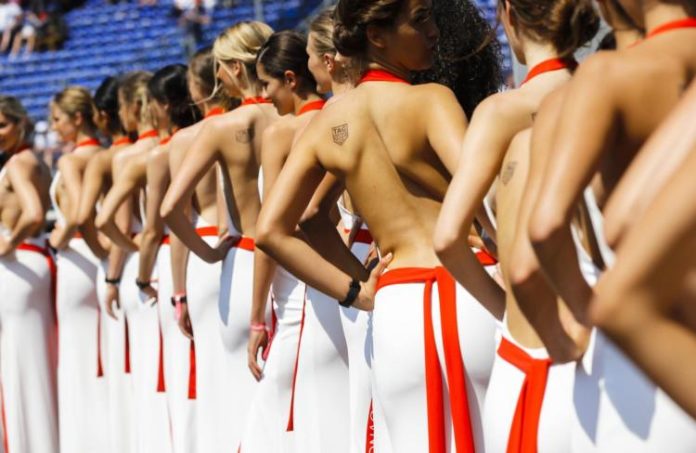 Formula 1 have announced they will end the long-standing practice of using walk-on grid girls, commencing with the start of the 2018 FIA Formula 1 World Championship season. These changes also apply to their other Motorsports series that take place during the Grands Prix weekends.

This announcement has been met with outrage amongst the women who actually work in the industry with grid girl Lauren-Jade Pope, tweeting: ‘Because of these feminists, they’ve cost us our jobs!’ 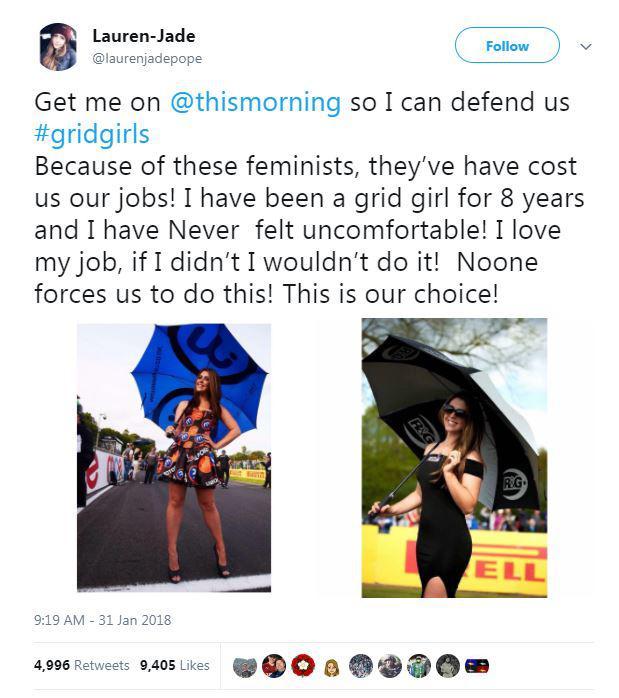 “While the practice of employing grid girls has been a staple of Formula 1 Grands Prix for decades, we feel this custom does not resonate with our brand values and clearly is at odds with modern day societal norms. We don’t believe the practice is appropriate or relevant to Formula 1 and its fans, old and new, across the world.”

Julia Hartley-Brewer, a journalist, broadcaster & commentator made a much stronger point by contrasting the debate surrounding the grid-girls with the argument it is a woman’s right to choose to wear what she wants that, which was a heavy focus during calls to ban the burka, tweeting:

I’m confused. One of these images is an affront to women’s equality. The other is a symbol of a woman’s right to wear what she wants. But which one? pic.twitter.com/z702jew0gH

The sport’s American owners Liberty Media said the practice no longer represents its “brand values” but the backlash from models continues with Giorgia Davies, another model who works in the industry strongly stating: “Feminists”.. You’re not defending women” 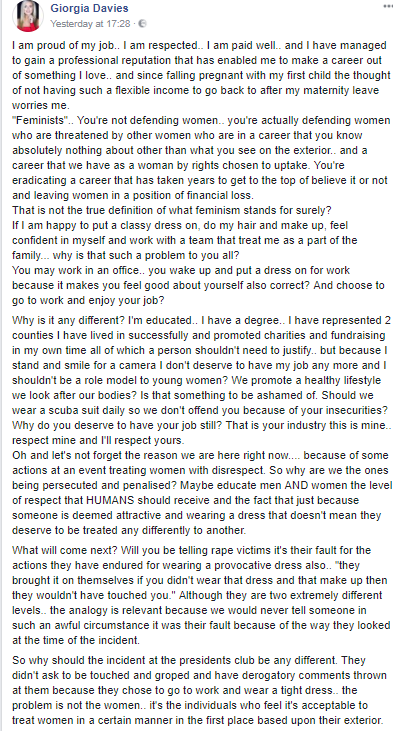 A number of grid girls have gone on to become household names through their successful modelling careers.

It is not known exactly how much each grid girl is paid for an appearance but a number have said the money was able to support the early years of their modelling careers or their college or university education.

Model Kelly Brook, a former Formula One grid girl, described the role as “one of the best jobs I’ve ever had”.

She said: “You dress glamorously and obviously it’s about being presentable but I never felt I was taken advantage of.”

Fellow grid girl Rebecca Cooper wrote on Twitter: “Ridiculous that women who say they are “fighting for women’s rights” are saying what others should and shouldn’t do, stopping us from doing a job we love and are proud to do. PC gone mad”

“If we don’t do something to stop this where will it end? No grid girls, no cheerleaders, female singers being told what to wear on stage, no models in magazines? I’ll fight for my right to choose what I wear, where I work and to keep a job I love.”

is this just another politically correct campaign by modern-day “feminists” claiming to hold the morale high ground? shouldn’t women get the right to decide what they wear, and what they do for a career?