Jacob Rees-Mogg was scheduled to talk at UWE Bristol’s Politics and International Relations Society, when he was mobbed by a group of extreme left-wing wearing face coverings.

The face coverings and shutting down free-speech are akin to the actions of the extreme left-wing ANTIFA movement.

The MP for North East Somerset caused outrage amongst students who want to shut down his right to debate, and they raised questions of whether to ban the politician from giving his speech.

Other camera angles shows them covering their face:

Many social media groups are attempting to identify the men. The allegations from people at the university are that the protester with red sunglasses seen aggressively confronting Mr Rees-Mogg in the above video is Josh Connor, a former student at the University, Corbyn, Momentum and Labour supporter. 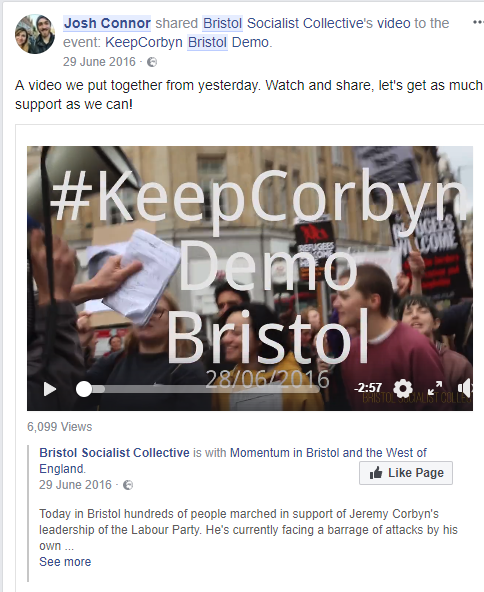 This is a sad indictment of modern day university students and what happens when young people are brainwashed with political correctness throughout every stage of education. Is this the kinder, gentler politics of the extreme left-wing?