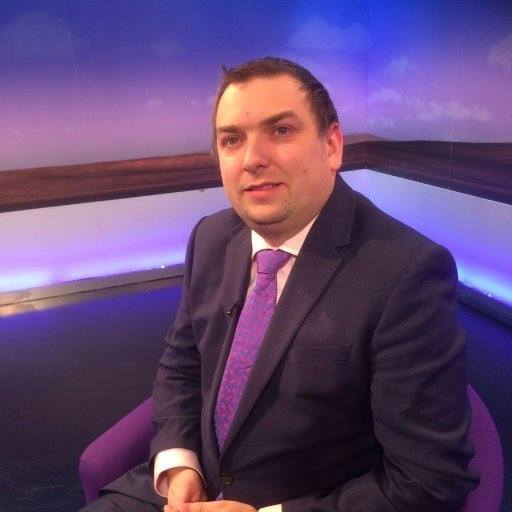 UKIP MEP for the North East, Jonathan Arnott has resigned from UKIP and will now sit as an independent.

Statement in full from Jonathan Arnott

Politics has a reputation for nastiness, in-fighting, backstabbing, shameless self-promotion and over-inflated egos. That’s not what it should be. Politics should be about helping to make people’s lives better; I happen to believe this is best achieved through less State control of citizens’ daily lives. Many years ago I joined what was then a tiny political party, speaking about how we can bring democracy back to the people, how we can better protect people from crime, and regain control of our own lawmaking by leaving the European Union.

Under the leadership of Nigel Farage, it succeeded in forcing the Brexit referendum, achieving something historic. It was always a flawed party, but it was the only show in town for anyone who – like me – felt let down and abandoned by an out of touch political establishment.

Give me a lever long enough, Archimedes said, and I will move the world. I do not have a long enough lever. I had hoped that I might be able to help that party to realise its true potential as a Party of the people. I fought hard to persuade it to adopt the ‘no tax on minimum wage’ policy which proved so popular with working people. I worked to get it to broaden its horizons to focus more on helping people with true ‘pavement politics’ and working on behalf of local people in local communities. I took, as a member of the European Parliament, a different approach to most. I made sure to have an excellent attendance record, to speak out in debates, and to try to change things. Consequently, I became the only one of our MEPs to get any of my amendments passed by the full European Parliament – to stop British (and other EU) taxpayers’ money being used to subsidise bullfighting through the EU budget.

I tried my best to avoid the nastiness that pervades modern politics. I believed my party to be different, or at least to be capable of becoming something different. I, like so many others, believed it to have potential and I continued to believe in that potential long after the evidence no longer supported it – out of loyalty to the many honest, hard-working members who still believed in it.

Yet the unpleasant nature – the Steven Woolfe fracas, the Diane James fiasco, the Anne-Marie Waters  debacle, the John-Rees Evans bizarreness, the countless leaks, briefings and character assassinations – became almost as bad as the political establishment I had hoped to counter.

Perhaps there have been occasions where I have been sucked into that atmosphere of negativity and nastiness. If that has happened, I unreservedly apologise.

With yet another new Leader came new forlorn hope. Over the last week it has become abundantly clear that the current Leader is not the right person for the job, but likewise that those jockeying for position and hoping to take his job would be no better. Politics has always been like that, but as true believers in a cause, we always thought ourselves to be different. Once, maybe, but no longer.

I’ll continue to work for all the things I was elected to achieve. I’ll continue to speak out against the unrealistic Corbynista world-view, the Lib Dems’ hypocrisy, and the dog’s breakfast this government is making of the negotiation through its negative, surrendering mindset.

My Party has, over the last year, significantly shifted its position on cultural and religious issues. This has, as is a matter of public record, placed it at considerable variance with my own views.

All of this, however untenable my situation became, I would have continued to work from within to change – if the Party were still a vehicle for achieving positive pressure on the government over Brexit. That is no longer the case. The lack of response to Labour’s betrayal over the EU Withdrawal Bill speaks volumes about a Party attacking itself rather than attacking its opponents.

There have been lovely, caring, wonderful people in UKIP over the years – people who are as far from the media stereotype of UKIP members as the North Pole is from the South. Many, like me, have seen no alternative but to take the course of action I must now also take with a heavy heart.

As an independent, I’ll continue to represent my constituents to the very best of my ability. Hopefully, unencumbered by the sewer of Party politics, I’ll have more time to devote to what should always be the most important part of anyone’s job in politics: representing and serving people.

After nearly 17 years of trying to make this Party something I could be proud to represent, I do not take this decision lightly but there is no longer any alternative.