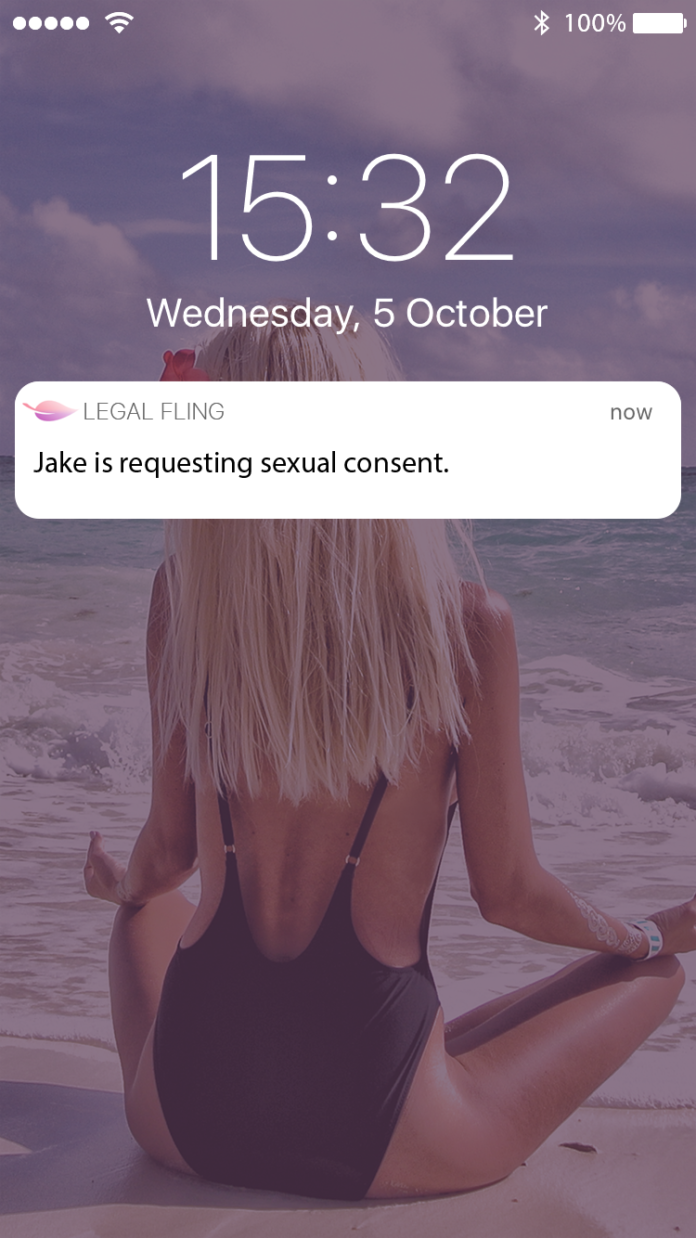 2017 saw a rise in news reports about sexual abuse, with the trending hashtag #MeToo hitting every social media platform.

Welcome the new age, with 2018, comes ‘LegalFling‘ a new app that claims to verify “mutual consent”. It is based on similar technology to the Crypto Currencies, where only the transaction hash is stored and time stamped in the blockchain, so “privacy is guaranteed”. LegalFling apparently “matches your sexual preferences with that of your fling, making the do’s and dont’s clear to both of you.” 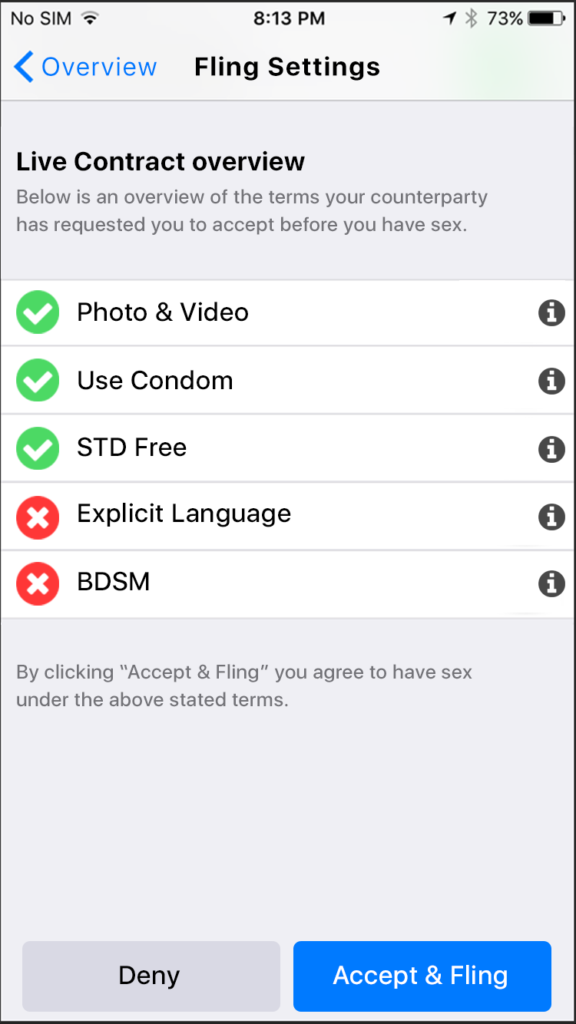 The app proudly claims that it “records sexual consent in a legally binding agreement, which is verifiable through the blockchain.”

Have we entered an era where honesty, trust and spontaneous actions have been replaced with premeditated worry that you could end up in court?

Sexual Consent classes have sprung up all over university campuses, and Oxford University described it as “compulsory”

we're on 1000 of about 3500 booklets for consent workshops — and that's just for undergraduate workshops pic.twitter.com/XowqpMUuGk

However they have been met with walk-outs, where a quarter of first years chose to leave the first ever talk at the University of York.

The app allows you to withdraw consent at the touch of button, effectively ending the legal agreement. The agreements can also be used in long term relationships, with users able to add different duration’s of consent, even to just a couple of hours.

The app is yet to be available for download and they are reliant on the Crypto Token “LegalThings one (LTO)” getting enough support, which is currently in Pre-Sale, behind its stated schedule on the website.

While the LTO Token looks interesting, is the app, just one step too far? Have we now got proof that the world of dating has gone mad?